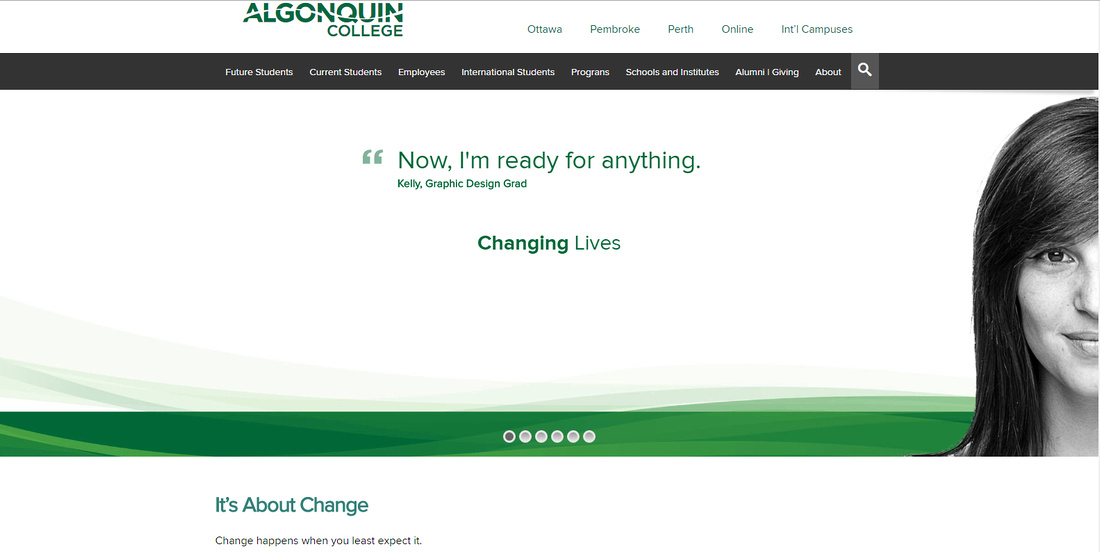 I was asked to photograph, edit and produce a 15 second video spot for online and cinema ads.

The concept was to use a series of stills to create a staccato style video, which would support the opening tag line - "My Career Starts Here".

Creating a 15 second spot to "hold the viewers attention" can be a challenge. My co-worker - Kim, art directed and prepared the images as well as provided the  background.

Students were photographed in both the studio and on location using a full frame Canon 6D camera for maximum resolution which was required, for playback in high definition theatres.

Using Adobe After Effects, Photoshop, Premiere, Lightroom and Audition, I was given "carte blanche" to create three 15 second spot using the caption "My Career Starts Here". The last two versions utilized narration and an animated glow over the URL end tag.

You Tube analytics shows above average viewer retention (94%) with almost all viewers watching the short video to completion.